The Dogs in My Life 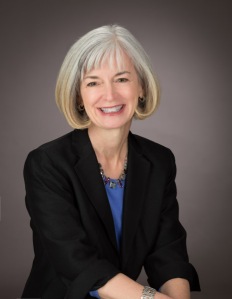 Today Ariel Moon is visiting to talk about the dogs in her life and how they’ve influenced her books.

Ariella Moon writes about magic, friendship, secrets, and love in Spell Check, Spell Struck, and the upcoming Spell Fire, the first three books in The Teen Wytche Saga from Astraea Press. After a childhood spent searching for a magical wardrobe that would transport her to Narnia, Ariella grew up to become an author and shaman. Extreme math anxiety, and taller students who mistook her for a leaning post, marred Ariella’s teen years. Despite these horrors, she graduated summa cum laude from the University of California at Davis. She now lives a nearly normal life with her extraordinary daughter, shamelessly spoiled dog, and an enormous dragon.

I was about five-years-old when a cocker spaniel-mix wandered into our neighborhood in search of food, water, and love. He was malnourished and had whip scars on his back. My family took him in, though in truth, the whole neighborhood adopted him. Blackie listened to my childhood secrets and licked my nose when I cried. His appearance marked the beginning of my life-long love of dogs.

Years after Blackie’s passing, my mother acquired a Schnauzer named Fritz. By then we had moved to a Christmas tree farm. An older German couple that arrived after Thanksgiving each year to pick out a Douglas fir particularly admired Fritz. I called him Wrong Way Fritz. If deer were in the apple orchard and I yelled, “Deer!” Fritz would run into the Christmas trees. If I spotted a squirrel among the Christmas trees and yelled, “Squirrel!” Fritz would dash to the orchard.

When I married, our first dog, a blond lab-mix named Tasha, would scale six-foot wooden fences to escape our backyard. She left behind Emily, a Jack Russell terrier. A breeder had scheduled Emily and her siblings to be euthanized because their noses were brown, not show-worthy black. Emily became my baby. She lived to be seventeen, and though she died twenty years ago, I mourn her still. Her companion, Miko, was a beautiful white shepherd. Madchen, another white shepherd, taught me a difficult lesson about recognizing — and avoiding—puppy mills. Rare dog-less years followed. Finally we rescued Jack, an overprotective Jack Russell terrier. Jack underwent a devastating personality change after we had him neutered —another painful lesson learned.

Our short string of bad dog luck ended with Honey, a black retriever-mix with golden paws. True, she had severe epilepsy and had to be heavily medicated. But she was worth every penny we paid for medication and vet appointments. Honey and I hiked everywhere together. When a seizure would hit her on the trail or in the middle of the street, neighbors would stop and wait with me until Honey could rise again. After she passed away, the whole neighborhood mourned. Around Halloween, when the veil between worlds is the thinnest, neighbors would stop me on the street and say, “I was just thinking about Honey.”

I immortalized Honey in my Young Adult series, the Teen Wytche Saga. She appears as Baby the —what else—black retriever-mix belonging to Evie O’Reilly, the protagonist in Spell Check, the first book in the series. Baby’s foil, Einstein, an unrepentant cockapoo, is an ode to all the strong-willed dogs I have known. Like Baby, Einstein appears in the first two books in saga, Spell Check and Spell Struck.

When Honey and I used to walk in our old neighborhood, we’d sometimes encounter a woman with two of the mangiest, toothless, such-a-mess-they-are-adorable, rescue Yorkies. I couldn’t resist giving them pivotal roles in Spell Struck.

In part, I include dogs in my books because they reveal character and add humanity and sometimes humor. The absence of canine companions in my upcoming novel Spell Fire, (November 2013, Astraea Press) adds an unspoken layer to the main character’s isolation. Since I couldn’t give my protagonist a dog, I gave her a dragon. Which brings me to Gracie, my daughter’s I-know-Honey-will-die-soon-so-here’s-a-new-dog-so-you-won’t-follow-me-to-college present. Gracie is the first magic-practicing animal I’ve ever lived with. No wonder. Did I mention her breed? Gracie is a Papillon-Chihuahua-Poodle-Dragon Hatchling-mix. I’m sure she will magic her way into some future book.

What if the one person who saw through your lies and loved you, harbored a secret that could cost you everything? 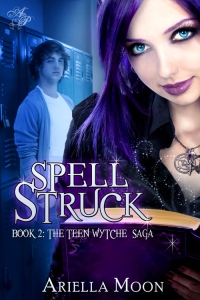 Goth outcast, Salem Miller, believes her love spell failed until Aidan Cooper arrives at Jefferson High. When he chooses her over the popular girls, Salem knows magic brought him. But can she summon enough wizardry to save her sister? Salem fears Amy’s next suicide attempt will succeed. Magic brought Aidan. Maybe it can cure Amy. Salem’s last hope lies hidden within a damaged grimoire, nearly destroyed by a wrongful love spell. Was her rightful love spell enough to restore it?

Newest Jefferson High transplant, Aidan Cooper, doesn’t expect to be attracted to a goth. Then he realizes Salem is throwing a glamour—pretending to be something she’s not. Guess it takes one to know one, since his whole life has been a lie. But if his kidnappers discover he’s broken their No Attachments rule, he’ll never see Salem again. Worse, he’s terrified they’ll harm her when they discover she possesses the ancient grimoire. To protect Salem, Aidan must destroy the grimoire, and escape his captors.

While Salem races to unlock the Get Well Spell, Aidan scrambles to overcome his past. With their star-crossed paths at odds, will time run out for both of them?

Aidan lowered his hand. His finger pressed against my skin, shooting a delicious tingle up my arm. When I didn’t move away, he hooked his finger over mine. My breath caught. We stayed, frozen, hyper-focused, for what seemed like three lifetimes. Then Aidan trailed his fingertips across the back of my hand. The soundtrack, popcorn smells, and theater audience melted into the background. The world narrowed down to the unspoken grief and need entangled in Aidan’s touch.

I rotated my hand so my palm faced upward. Aidan hesitated. Our gazes locked in the flickering light. The spell link humming between us lit up like blue lightning. At least I think it was the spell link. Aidan plunged his fingers between mine. Our palms pressed together, igniting a current. Air shuddered from my lungs. Magic rippled from us in successive waves.

My heart stuttered. My breath ceased. Every cell within me vibrated. Troops of fairies or dragonflies took flight in my lower abdomen. It’s possible blue lightning shot from my boots.

Where to Find Ariella Moon

One thought on “The Dogs in My Life”